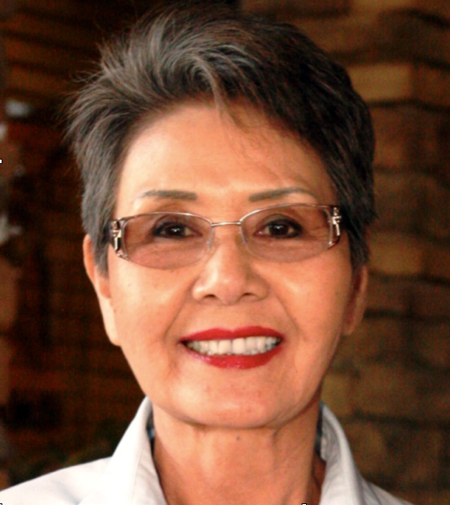 Kazuko, better known as Meiki, was an exceptionally incredible woman who battled two horrific cancers for seven years. In April 2005, Meiki’s Primary Doctor erroneously diagnosed her as having an allergy.

After suffering pain and illness for three months while her Primary Doctor was prescribing treatment for an allergy, an ER Doctor finally determined that Meiki had a very aggressive, but curable form of Non-Hodgkin’s Lymphoma. Six Chemotherapy Infusions, over a four month period with excruciating side-effects, put Meiki’s Lymphoma in remission. As soon as her Lymphoma went into remission, Meiki had the option to try for the cure, by way of a Bone Marrow Transplant (BMT).

Meiki chose to go for the CURE. This involved five days of Stem Cell Aphereses, 22 days Hospitalization with three Chemotherapy Infusions followed by Infusion of her harvested Stem Cells. The BMT Procedure was a success; however the Recovery still involved continual follow-up monitoring with CT Scans, Laboratory Blood Analysis and treatments, often involving transfusions. March 2009, after being in remission for almost five years, Meiki was told it is very unlikely she would have a recurrence of her cancer.

This great news did not last long as a routine follow up in November 2009, showed a tumor in the lower lobe of her right lung, that proved to be Lung Cancer, and had aggressively spread to Lymph Nodes in the Thorax. This aggressive type of Lung Cancer is not linked with smoking. In September 2010, after removal of the lower Lobe of her right Lung and four Chemotherapy Infusions, she was told her cancer was in remission. Again, this was great news, but again, did not last long.

In May 2011, Meiki’s scheduled Clinical CT Scan revealed her cancer was back, was very aggressive, incurable and her survival time was one to one and half years remaining. Meiki underwent months of grueling treatments, only to discover the cancer has now spread to several locations on her spine and cancer cells were spreading to her spinal fluid which also meant the fluid in her brain. Meiki had severe headaches and could no longer walk. Meiki passed away in Murrieta, California from a stroke caused by Brain Cancer on March 28, 2012.

Throughout her courageous fight for her life, Meiki remained upbeat, positive and strong, never complained as she was more focused and concerned about her husband’s, children’s and grandchildren’s well being.

Meiki stayed physically strong, working out at the L.A. Fitness Center five days a week. She never sat around feeling sorry for herself. When Meiki wasn’t working out she was active with hobbies of oil & watercolor painting, ceramics, flower arranging, cake decorating, gardening, ballroom dancing, sewing, knitting & crocheting ~ these are just a few of what Meiki did and she did them all very well as she continuously strived for excellence which she achieved with every project.

The Kazuko “Meiki” Kang Memorial Foundation is managed by We Care Cancer Support, Inc. All proceeds are used to help and assist cancer patients and survivors.

Contribute Today to Help Those Battling and Surviving Cancer